The Confederation of Canadian Unions (CCU) was founded in 1969 by Madeleine Parent, who passed away in 2012 at the age of 93.  Globe and Mail columnist Rick Solutin called her “one of the finest labour organizers in Canada’s history,” while former Prime Minister Jean Chretien would refer to Madeleine as “my hero.”

It was both a privilege and an honour to design a poster that remembered her life and struggles for women’s and workers’ rights.  I took the original black and white photo by AG Nakash from the early 1950s and used Photoshop to colourize it.  I didn’t even know what colour Madeleine’s eyes were until I asked a old friend of hers, who told me they were brown.

The CCU sent printed copies of the poster to various media personalities who knew Madeleine and worked with her for decades. 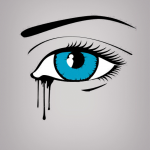 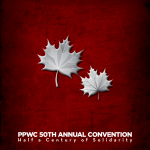