In 2012, the Public and Private Workers of Canada (PPWC) celebrated its 50th anniversary.  The PPWC is an independent, democratic union based in British Columbia, representing thousands of workers in both the public and private sector.

As a proudly Canadian union, I wanted to convey a sense of national pride, and used two maple leaves facing each other to represent unity. I chose a textured, red background (the official colour of the union) and an attractive caption at the top: “An event fifty years in the making.” 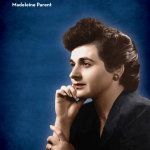 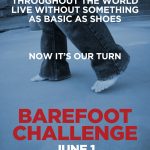